From a young age she was involved in dance, traditional and later modern, and at the age of 12, she began to be involved in sports and specifically tennis and then volleyball earning several distinctions. In 2015 she started practising Krav Maga and she was impressed with the abundance of techniques and knowledge that it requires. At the same time, she took courses for Kyokushin karate for six months and attended kickboxing lessons.

She holds a Practitioner level 4 Krav Maga Global (KMG) diploma and since she attended the Guerrilla Instructor Course she has been certified as a Guerrilla Partner Level 2. Now, she holds a Graduate Level 1 diploma in Krav Maga, and a Certified Trainer Level 1 diploma in the Nature core fitness system. Moreover, she has participated, for many years, in group programs such as pilates, yoga, aerobic and she loves winter swimming. She is married and a mother of two boys. 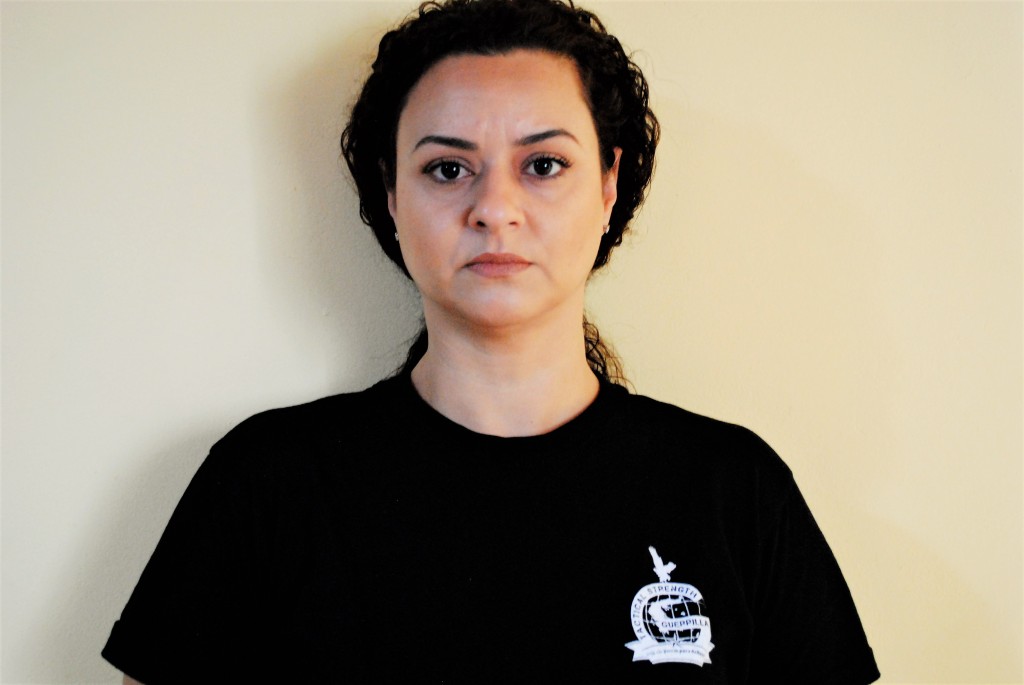