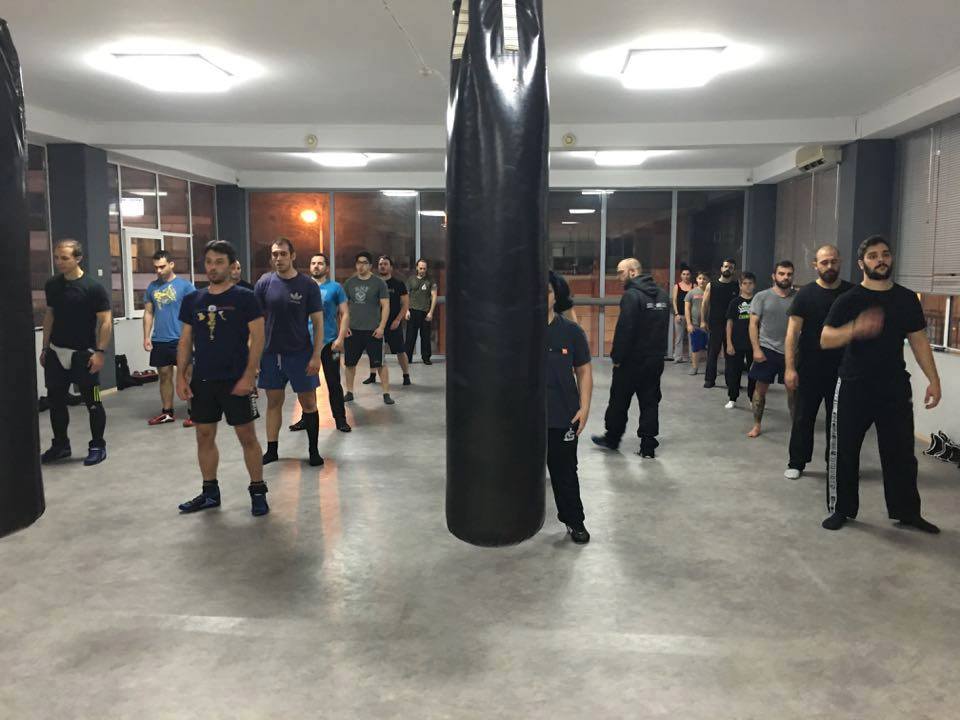 Krav Maga, the name in Hebrew can be translated as “contact fight”, is a self-defense system created by the Israeli Imi Lichtenfeld.

It is a system of practical techniques that focus on self-defense, as well as the protection of others while offering the trainee unique and highly sophisticated methods and tactics of combat. Krav Maga teaches how to deal with many different real-world situations of violence, including attacks by one or many unarmed or armed attackers in a very comprehensible way. It is easy to learn and to perform naturally, instinctively and practically, under stress and pressure.

Krav Maga was developed for street use. So there are no rules. When one is attacked on the street, there is no way to know how many opponents or weapons one will face, so practising Krav Maga is based on a system without rules. It is characterized by its efficiency during real conflicts, without rules, against the offender’s superior as strength, agility, and skills. Students learn to defend against all variety of attacks, with or without weapons and are taught to counter in the quickest and most efficient way, using any necessary technique (without exceeding the limits set by the law of each country).

Krav Maga includes special approaches, tactics, objects and training methods for different fields. It is accessible to everyone, civilians of all ages, kids, men and women, as well as law enforcement agencies, military personnel and units, reformers and all kind of guards, security officers, and bodyguards, undercover agents, counterterrorism teams, pilots, task forces and patrols.

Visit us for a free training