From the age of 8, he has been involved with Tae Kwon Do, earning many distinctions as well as first places in tournaments. He is a black belt 3 dan (blackbelt III Dan) in Tae Kwon Do and he has been engaged with freestyle wrestling for six years. He began practising Krav Maga under the guidance of Panos Zacharios and now he holds a Practitioner Level 5 diploma and is a certified Level 1 Partner of Guerrilla.

He has been working at the Ministry of Defense since 2012. He is a graduate of the School of Non-Commissioned Officers and the Department of Economics of the Aristotle University of Thessaloniki. Also, he studies at the Military Academy. 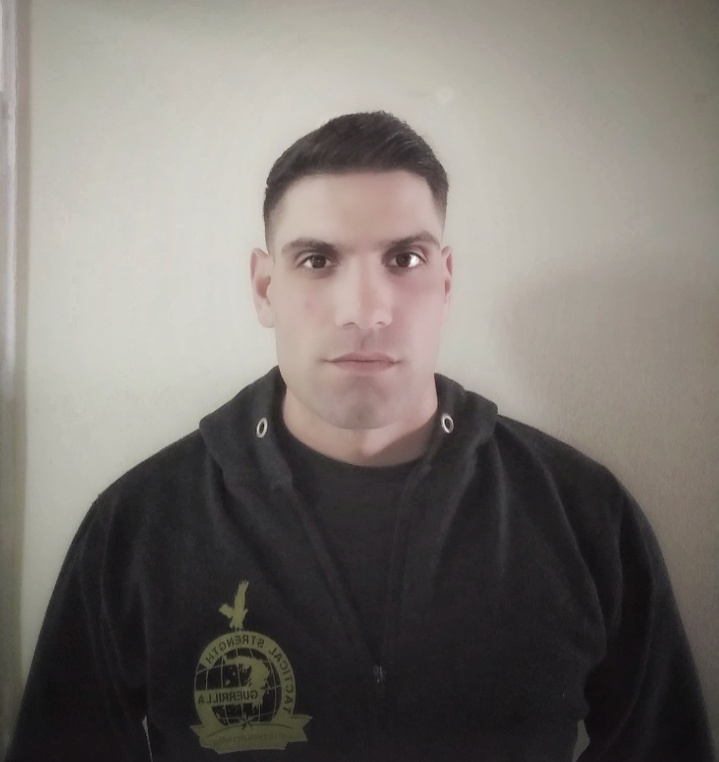