He started practising martial arts at the age of 14 with Kickboxing and a year later with MMA in which he competes until now. He has taken part in 3 national MMA championships, in 2013, 2014 and 2015, winning the 3rd, 2nd and 1st place respectively. He has also won the 1st place in the Panhellenic MMA Cup in 2013 and in the Panhellenic BJJ Junior Championship in the white belt in 2013. Until 2016 he had participated in two WMMAA World Championships in Belarus, in 2015, and the Czech Republic, in 2016. Moreover, he has participated in a total of 8 professional MMA competitions in Greece and abroad. He holds a Graduate Level 1 diploma and he is a Level 2 Partner of Guerrilla. 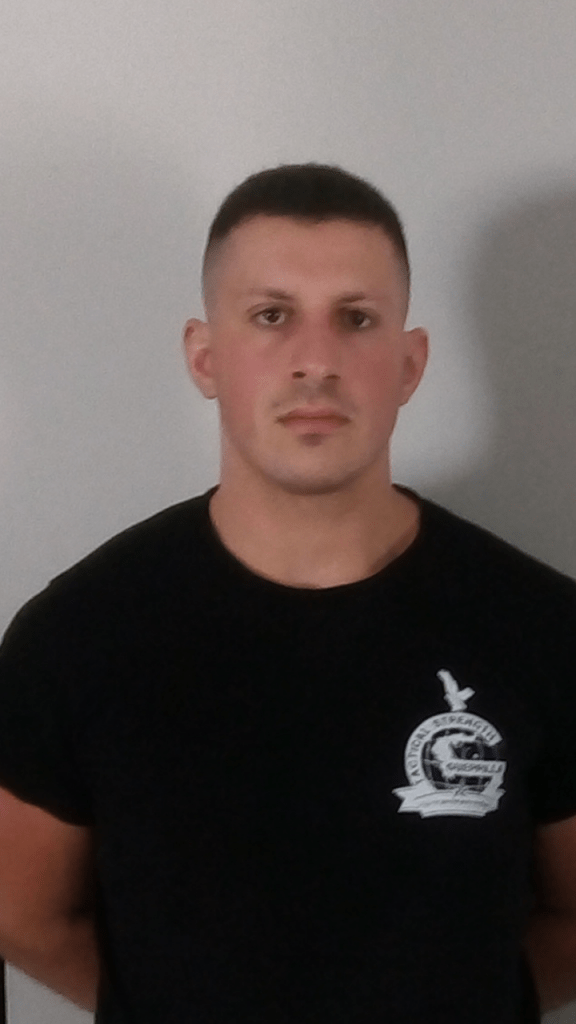